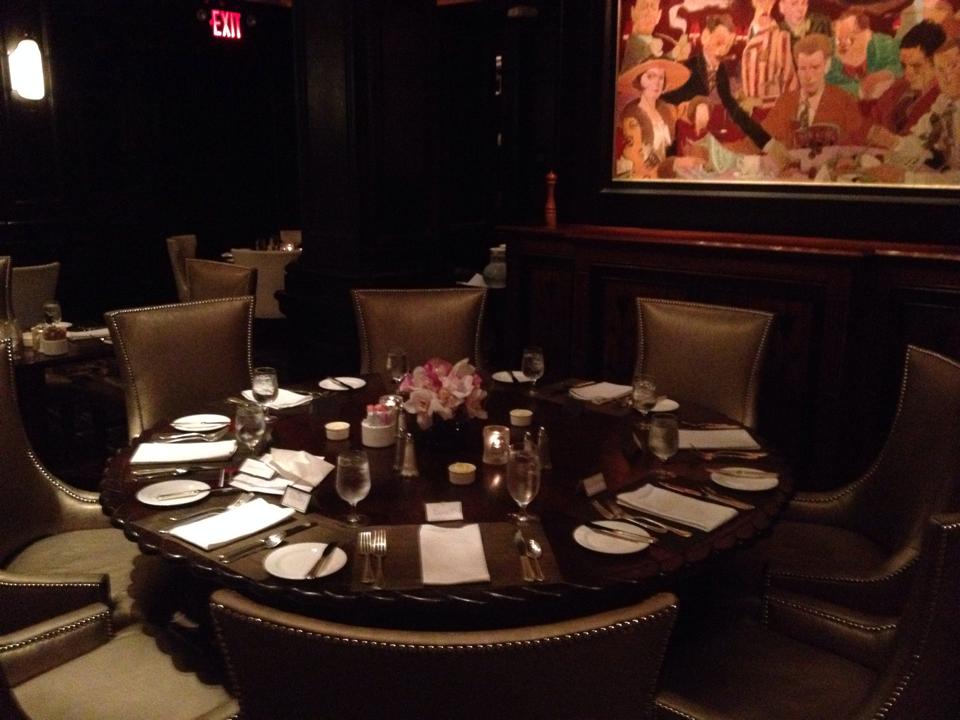 The Algonquin Hotel
HQ for the Round Table

This is the place that keeps the literary light burning seven decades after the Round Tablers left the table. There isn’t a place in New York more important to the Vicious Circle’s enduring legacy as big as the Algonquin Hotel (59 West 44th Street).

In 2004, the hotel completed a five year, $8 million refurbishment program. In the summer the hotel closed for the first time in it’s 102 years, and restorations were completed. [Read about it here] and [view photos here].

Stuart Silverstein edited Not Much Fun: The Lost Poems of Dorothy Parker, and he says that the enduring legacy of the group of newspaper writers, magazine editors, critics, actors and hangers-on is timeless.

“The first lunch at what later was called the Round Table probably occurred eighty years ago,” Silverstein said. “Yet the term “The Algonquin Round Table” still holds substantial cultural resonance; for example, during the past television season at least three sitcoms employed it as an ironic punchline to skewer characters who spoke badly or stupidly. Is there any other person, or institution, or event from the interwar period that could possibly be used by a mass-market medium as an implicitly understood cultural reference? I cannot think of any — not even Lindbergh, not any more. Perhaps the Stock Market crash.”

The hotel is in the Theater District, and it was the home base for the group for 10 years as they ruled the New York literati landscape during Prohibition. They would meet here in the Rose Room for long, liquid lunches. Some nights, there would be a poker game upstairs in one of their rooms. At the time, Parker was in her mid-20s and early 30s. She would write “Ballad at 35” in August 1928, at the height of the Round Table’s popularity. This was the most industrious period of her life.

The hotel gained its fame when the group met in June 1919 for a luncheon to welcome Aleck Woollcott, the drama critic for the New York Times, back from World War I. Among his friends were newspaper columnist Franklin P. Adams and the future publisher of The New Yorker, Harold Ross. Dottie was the drama critic at Vanity Fair at the time.

Today, the hotel regards the literary past with some amount of distinction. A plaque on the building identifies it as a “literary landmark.” In the lobby-level window is a small display case that holds Parker books and photos. The hotel sells souvenir coffee mugs, snow globes and cuff links. The lobby is quiet and one can imagine the ghosts that walk across the tiled black-and-white floor. A new painting of the Vicious Circle, painted by Natalie Ascencios, was unveiled in November 2002, on the occassion of the hotel’s 100th anniversary.

“Endurance is its own testament,” Silverstein says. “Ultimately, the Round Table was just a parochial literary coterie, yet somehow it has survived in the mass public consciousness for more than three-quarters of a century. That is very important.”

Drop into the hotel if you can. There are monthly walking tours to explore more of the history of the hotel and its famous past.

Explore the Round Table