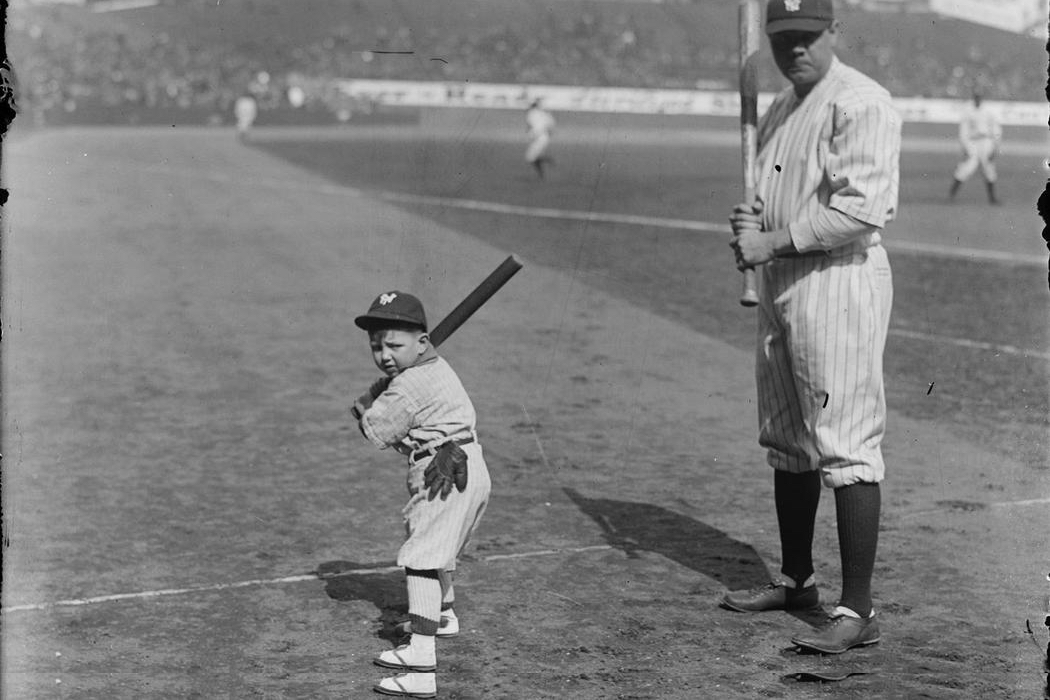 Heywood Broun on Babe Ruth in 1922

With baseball season around the corner, let’s look at one of the many Algonquin Round Table links to the game. In the world of New York newspaper columnists in the Jazz Age, Heywood Broun stood out from the rest. His column “It Seems To Me” was beloved, and he could tackle any subject. Broun had gotten his start as a baseball writer, and continued his passion for ballpark trips even when he became a celebrity covering Broadway and news stories. Broun had seats in the press box to watch Babe Ruth in his amazing 1921 season with the New York Yankees. This column appeared in 1922.

Ruth Vs. Roth
By Heywood Broun

We picked up “Who’s Who in America” yesterday to get some vital statistics about Babe Ruth, and found to our surprise that he was not in the book. Even as George Herman Ruth there is no mention of him. The nearest name we could find was: “Roth, Filibert, forestry expert; b. Württemberg, Germany, April 20, 1858; s. Paul Raphael and Amalie (Volz) R., early edn. in Württemberg—”

There is in our heart not an atom of malice against Prof. Roth (since September, 1903, he has been “prof. forestry, U. Mich.”), and yet we question the justice of his admission to a list of national celebrities while Ruth stands without. We know, of course, that Prof. Roth is the author of “Forest Conditions in Wisconsin” and of “The Uses of Wood,” but we wonder whether he has been able to describe in words uses of wood more sensational and vital than those which Ruth has shown in deeds. Hereby we challenge the editor of “Who’s Who in America” to debate the affirmative side of the question: Resolved, That Prof. Roth’s volume called “Timber Physics” has exerted a more profound influence in the life of America than Babe Ruth’s 1921 home-run record.

The question is, of course, merely a continuation of the ancient controversy as to the relative importance of the theorist and the practitioner: should history prefer in honor the man who first developed the hypothesis that the world was round or the other who went out and circumnavigated it? What do we owe to Ben Franklin and what to the lightning? Shall we celebrate Newton or the apple?

Personally, our sympathies go out to the performer rather than the fellow in the study or the laboratory. Many scientists staked their reputations on the fact that the world was round before Magellan set sail on the Vittoria. He did not lack written assurances that there was no truth in the old tale of a flat earth with dragons and monsters lurking just beyond the edges.

But suppose, in spite of all this, Magellan had gone on sailing, sailing until his ship did topple over into the void of dragons and big snakes. The professors would have been abashed. Undoubtedly they would try to laugh the misfortune off, and they might even have been good enough sports to say, “That’s a fine joke on us.” But at worst they could lose nothing but their reputations, which can be made over again. Magellan would not live to profit by his experience. Being one of those foreigners, he had no sense of humor, and if the dragons bit him as he fell, it is ten to one he could not even manage a smile.

By this time we have rather traveled away from Roth’s “Timber Physics” and Ruth’s home-run record, but we hope that you get what we mean. Without knowing the exact nature of “Timber Physics,” we assume that the professor discusses the most efficient manner in which to bring about the greatest possible impact between any wooden substance and a given object. But mind you, he merely discusses it. If the professor chances to be wrong, even if he is wrong three times, nobody in the classroom is likely to shout, “You’re out!”

The professor remains at bat during good behavior. He is not subject to any such vicissitudes as Ruth. Moreover, timber physics is to Mr. Roth a matter of cool and calm deliberation. No adversary seeks to fool him with speed or spitballs. “Hit it out” never rings in his ears. And after all, just what difference does it make if Mr. Roth errs in his timber physics? It merely means that a certain number of students leave Michigan knowing a little less than they should—and nobody expects anything else from students.

On the other hand, a miscalculation by Ruth in the uses of wood affects much more important matters. A strike-out on his part may bring about complete tragedy and the direst misfortune. There have been occasions, and we fear that there will still be occasions, when Ruth’s bat will be the only thing which stands between us and the loss of the American League pennant. In times like these who cares about “Forest Conditions in Wisconsin”?

Coming to the final summing up for our side of the question at debate, we shall try to lift the whole affair above any mere Ruth versus Roth issue. It will be our endeavor to show that not only has Babe Ruth been a profound interest and influence in America, but that on the whole he has been a power for progress. Ruth has helped to make life a little more gallant. He has set before us an example of a man who tries each minute for all or nothing. When he is not knocking home runs he is generally striking out, and isn’t there more glory in fanning in an effort to put the ball over the fence than in prolonging a little life by playing safe?