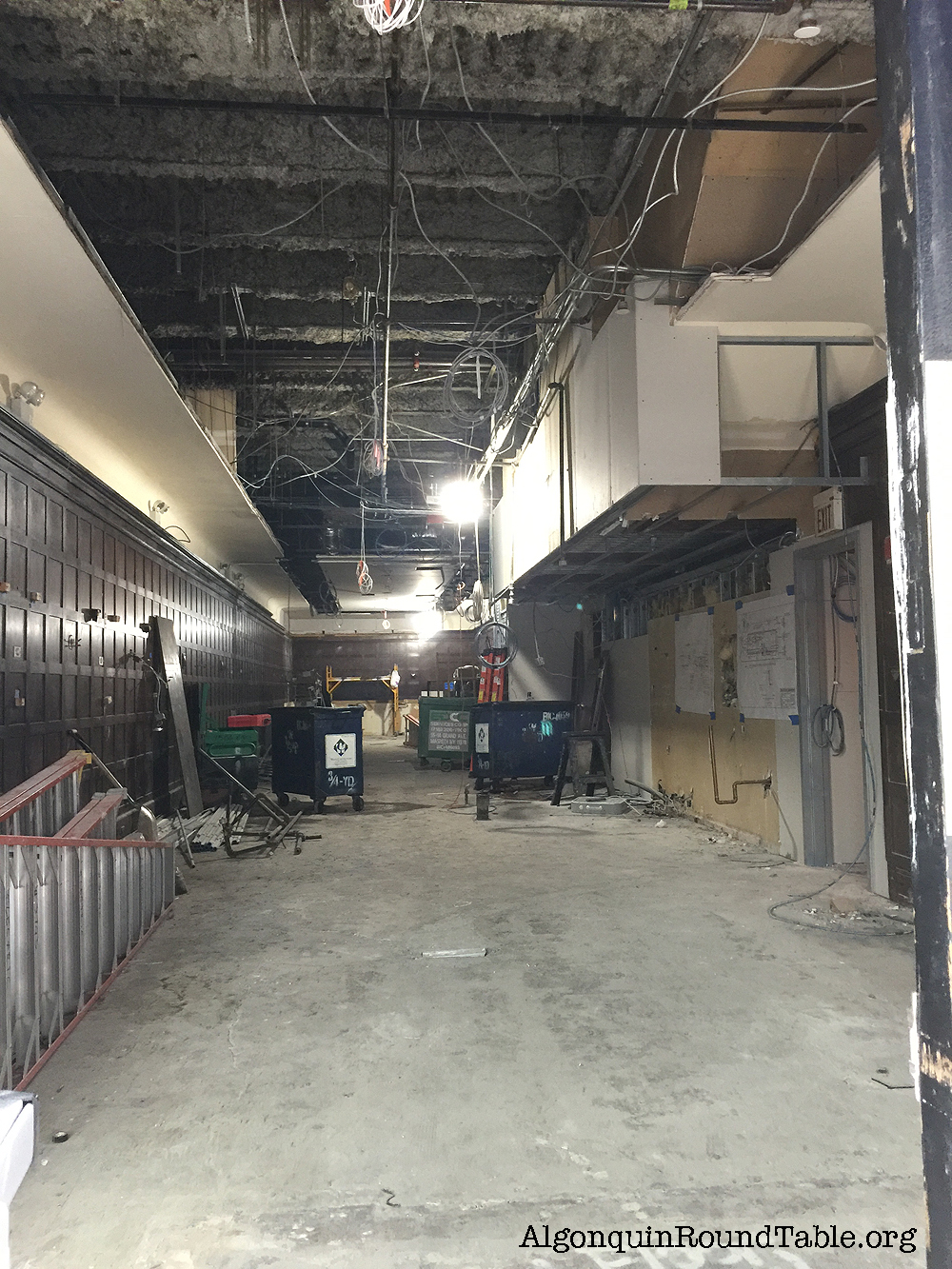 In the most extensive renovation in many decades, the Algonquin Hotel is underway with a major overhaul that has removed the bar, restaurant, front desk, and ceiling. The Round Table is gone, and so is the perch that Hamlet had in the window on Forty-fourth Street.
The hotel, opened in 1902, has removed the Blue Bar completely. Visible from the sidewalk, the ceilings are open and the floors are down to bare concrete. On the east side of the building, the front desk and the areas around it are wide open. The Round Table Room, at the back of the property, is under wraps. Little is visible from the street of the details.

It is currently not open to the public; the owners are using the pandemic to overhaul the property. In April the Algonquin was housing healthcare professionals.

The Algonquin was last renovated in 2012, in an overhaul that saw the Blue Bar expanded and the Oak Room reduced in size. That work maintained the distinctive qualities that dated to the 1998 renovation overseen by Alexandra Champalimaud. That had followed the $20 million mechanical renovation in 1991 ($38 million today) by the Aoki Corporation; that was when the tiny Blue Bar moved across the lobby.

While the Algonquin Hotel has city landmark status, it only applies to the exterior, not to the interior.

I have reached out to Marriott to inquire about a visit and look at the plans. An update could be coming soon.

These photos were taken on August 21, 2020. For the history of the Algonquin Hotel, buy the book.